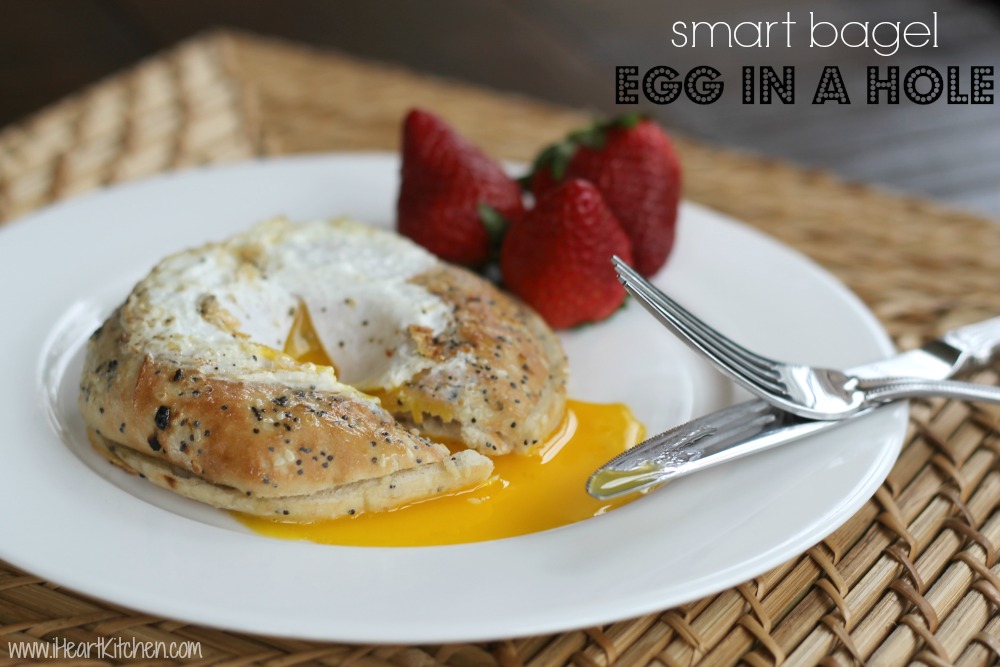 I don’t share too many breakfast recipes with you guys. Mainly it’s because most of the time I do a piece of toast, a simple bagel  or maybe a packet of grits or oatmeal in the morning. I cook dinner almost every night so I don’t spend a ton of time in the kitchen in the morning. The other day I was craving an egg in a hole and thought…why don’t I do this more often?

I happened to be on the phone with a buddy as I was preparing breakfast and she had never heard of egg in a hole. I almost dropped the phone. How has she never had an egg in a hole? I started going over all the various names this dish goes by…egg in a basket, toad in the hole. Nope–she had no clue.

I decided then and there that I was going to snap a photo of my breakfast and share it so she could see what she was missing. Many times you will see folks doing an Egg in a Hole by cutting the hole in a piece of bread. I prefer a Toufayan Smart Bagel…in particular an Everything Smart Bagel. You get a buttery, toasted bagel with a perfectly cooked egg that is oh so good. Now, this one requires you use your fork but it’s a hot, protein packed breakfast that will get you going in the morning.

So put up those cereal boxes and oatmeal packets and whip up a Smart Bagel Egg In A Hole. I think you will love it! 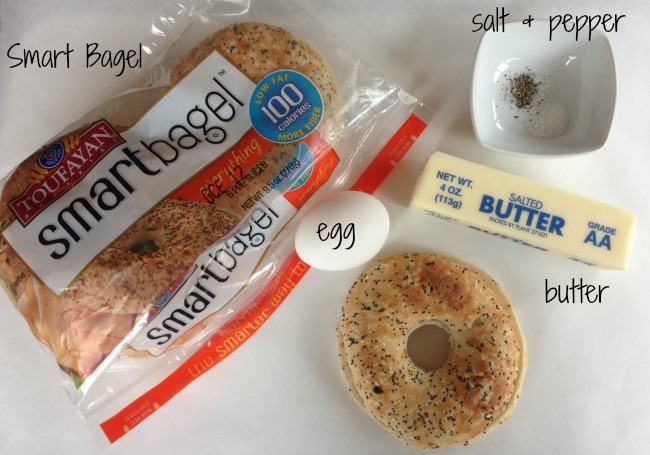