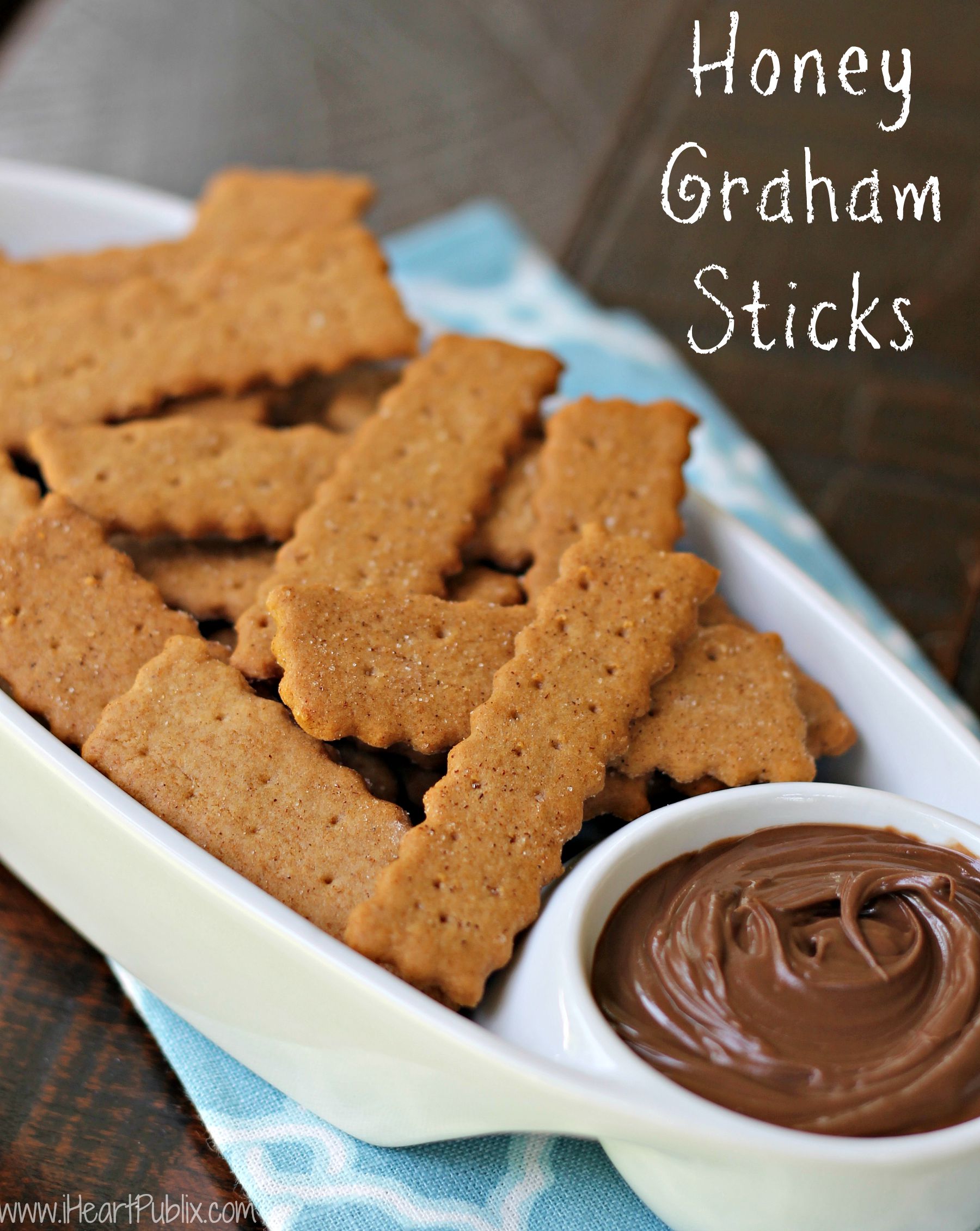 I am doing a promotion over on one of my other sites (I Heart Publix) with some back to school recipes. I thought that I’d share one of my boys’ all time favorites over here too.

Why not try your hand at these Homemade Honey Graham Sticks? I could make these every single week and my boys would never get tired of them. Plus they are so versatile and the best little dipper…who doesn’t love them?

The first time I had a homemade graham cracker, I have to admit I was in awe. I was much younger and didn’t even know what ingredients were needed to make a graham cracker! Once I realized that it’s a simple dough and ultimately just a crispy cookie…it didn’t seem like such a mystery anymore!

Now when you look at the prep time you are going to think that this recipe is impossible. BUT…this is one of those recipes with a whole lot of inactive prep time. All that means is that you do a bunch of waiting around.

It will take you maybe 10 minutes to gather your ingredients and make your dough. I usually do that in the morning. Then I toss the dough in the fridge and forget about it for a while. There’s the inactive prep that I was talking about.

This dough needs time to harden so you can roll it out. It’s a sticky dough and can be tough to work with so you want it to be cold before you start messing with it.

After a few hours, you grab your dough and roll it out on a silpat or parchment. Then grab your pastry cutter or pizza wheel. A few zips around the dough followed by a a bunch of pokes with a wooden skewer and you have the start to your graham sticks. That step is probably the longest in the whole process. I would guess that you’d need about 10 -15 minutes. I can do it in my sleep and probably knock it out in under 10 at this point!

Once again, the dough has to go back in the fridge for a bit. Having just rolled and manipulated the dough, you’ve warmed it up and so there’s no way you can move those fragile little sticks at this point. Once the dough has had time to chill, you’ll be able to move them over to the pan, bake them and enjoy them with your favorite dip!

I think you’ll find that while you might have to do a few steps over a longer period, the effort is totally worth it. I actually like that the steps are broken up a bit…it doesn’t feel like it takes me very long to make these as I am not really spending much time in the kitchen at once.

I hope you’ll try these. Come back and let me know what you think!